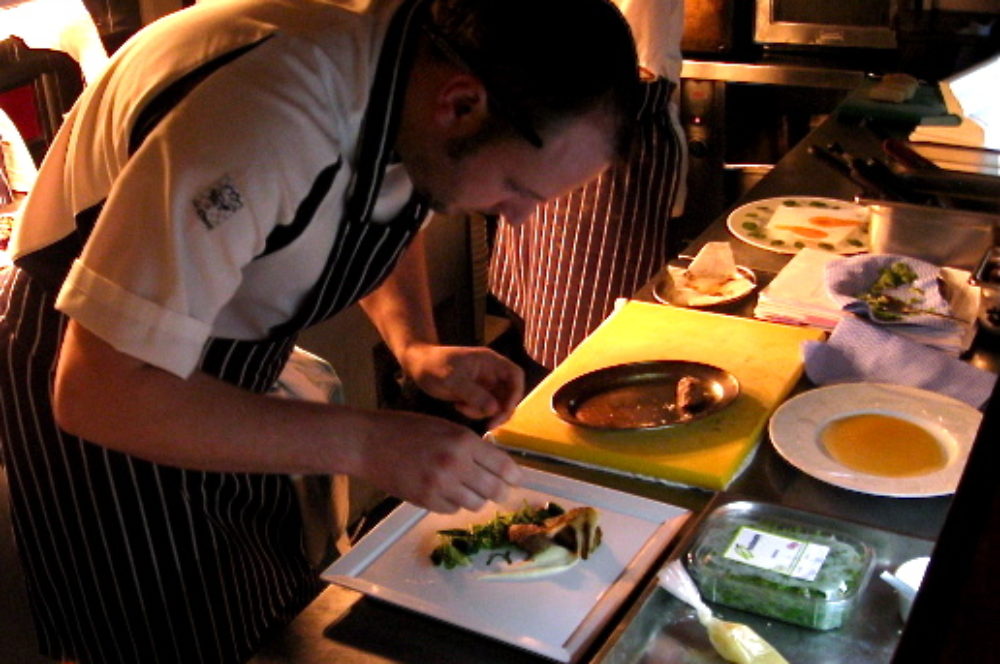 Since Richard Walton Allen left the Fourth Floor Café in April 2011 to mastermind his magnificent Create project, Harvey Nichols has been a bit rudderless. A six month recruiting campaign didn’t bear fruit, and despite advertising the post nationally, the right person didn’t come forward. Store Director Brian Handley was starting to twitch: ‘we had a good team keeping it going but I was starting to think we weren’t going to replace Richard. Then I got a letter from a Yorkshire chef working in Devon looking to come back north and something clicked. We interviewed Paul and it was clear from the off that he was the man for us’.

Bradford born Paul Cunliffe walked through the hallowed portals at the start of December just in time for the Christmas rush. ‘It was mental. I didn’t really have time to take stock – I just rolled my sleeves up and got stuck in’ says a now much calmer Paul ‘ it could have been intimidating coming into an established kitchen, but I’ve shaken a few pans in my time and I just bossed it!’

The other week his first menu was launched at a select gathering on the Fourth Floor. Fuelled with prototype cocktails designed around Valentine’s Day (a Sloe Romance, anyone?) we were treated to a cooking demo during which Paul flashed some knives and spun some sugar – always impressive – and produced three fantastic plates of food in short order.

I think there might have been a starter involving belly pork and squash puree and a main course with lamb in it. The Valentini (Bellini, get it?) had kicked in so the dessert was a blur. But it all looked lovely and tasted terrific and I can’t wait to return and eat it all again. Properly. And report back. Ahem.