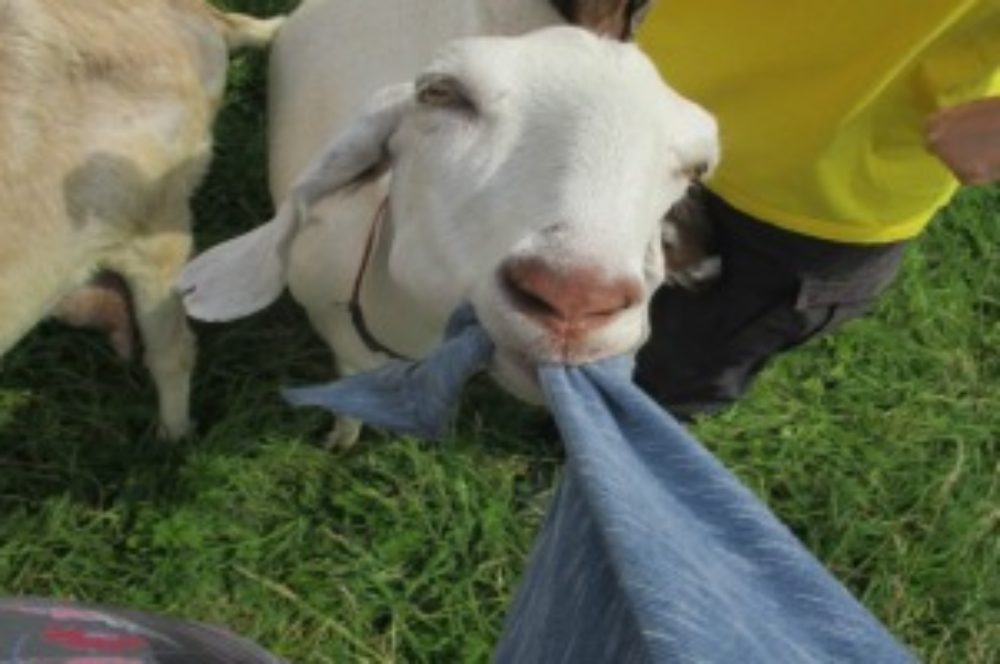 I bet Gillian Clough didn’t imagine she’d be scooping national prizes for her cheese within a year of start-up; after all she’s got a day job working as a radiographer at Bradford Royal Infirmary.

Together with husband Tim she runs a small holding on the hills above Hebden Bridge where they keep a few rare-breed sheep and eight goats – just for fun, in the beginning. But what started as a hobby became a business when Gillian realised that her beloved Anglo Nubian goats produced incredibly rich milk, perfect for cheese making. She learned the basics at The School of Artisan Food under the tutelage of world-renowned maker Ivan Larcher before embarking on production; she now makes a fresh, creamy cheese unique to the Pennines.

It’s a tricky business – for a start the pasture has to be right, and it took Gillian and Tim a year or so to get the drainage and water supply sorted before the goats could graze on the land. She finally got full approval from Environmental Health in May 2015 and began to make cheese to sell. At the same time she entered her ‘Gat’ (meaning goat in Anglo Saxon) in the British Cheese Awards and won Bronze. In November the same year she won Gold in the Specialists Class at the World Cheese Awards (33 countries represented, 2700 cheeses entered!) It’s an extraordinary achievement, and just goes to show; small can be beautiful AND successful. Oh, and we fell a little bit in love with her sweet, friendly, curious goats (though my jumper now has nibble holes in it ..)

Find Gillian’s cheese at Valley Organics in Hebden Bridge, Czerwick’s Deli in Brighouse and at Andy Swinscoe’s Courtyard Dairy in Settle from March.