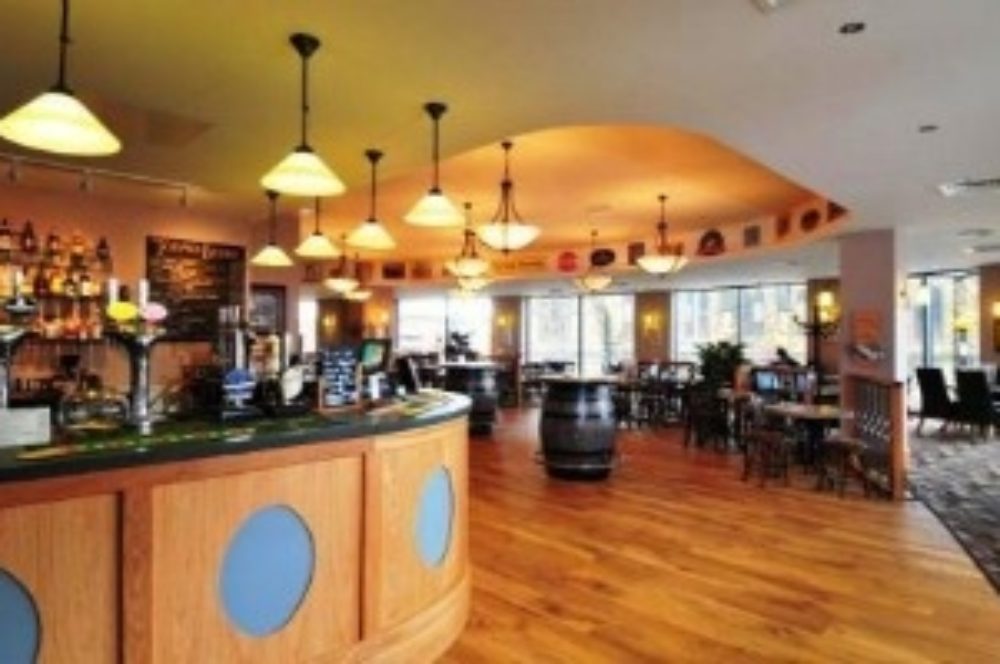 Meanwood has always been a Hyacinth Bouquet of a suburb with ideas above its station and is now decidedly upwardly mobile with Waitrose on Green Lane. East of Arcadia, a sister tavern to Arcadia in Headingley was first in, rising from the ashes of a grim old boozer called the Becketts Arms.

It’s owned by Market Town Taverns, who say they wanted to create the feeling of a continental beer hall with vintage posters, alongside a carpeted area for dining. What you get is a large space reminiscent of an airport lounge with 80s style brown carpet and furniture. Oh dear.

So much else about the place is right. Warm welcome, an intelligent and eclectic beer and wine menu, free papers and a nice buzz about it. You can come for just a coffee, a quick half or a full meal.

When we were there a half of Leeds Pale Ale from The Leeds Brewery, and Warsteiner Pilsner, a premium lager from Germany, on draught, were just the ticket. Served at the right temperature, and in the right sort of glass (you wouldn’t have thought it matters but it does, apparently, and they pay attention to detail here)

Guest beers change frequently but are all sourced from the region.The menu tours the world, with two beers from a micro brewery in New York among the many featured.

All in all, a great addition to the neighbourhood. And Meanwood may yet become a destination.